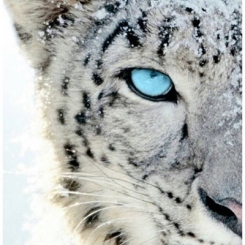 He was on the other side.

The river rapids were fierce, the water icy cold. It might have well been the distance between the sun and the stars, so impossible was the crossing.

She gave the young Rivermaster a coin engraved with angel wings, and he let her pass. She floated into the air, white wings taking her above the roiling stream, dropping tiny white feathers as she flew, which were caught in swirling air currents, catching the sunlight before they disappeared.

The wings disappeared when her feet touched the ground on the far riverbank. One coin gone.

Wildflowers grew tall on the ridge of the valley, where they basked in warm sunshine. There was a path which led to the valley base, and up through the forest to the other side. But so deep was this valley that low cloud obscured the land, obscured the frozen lakes, the glaciers, the creatures, frozen in ice, who had tried to make this journey before her.

The Gatekeeper was old and his body knarled and twisted. He accepted the burnished coin, which pictured the teeth of a feline, sharp and deadly.

She was a snow leopard, with paws as wide and soft as pillows, layers of fine but dense fur keeping her skin warm and her heart beating. Muscle and sinew propelled her on her way, across the ice fields and up through the forest to the top of the ridge.

Only one coin left.

There stood the mountain, so high that its peak was shrouded in clouds and stardust. Grave markers, piles of polished grey stone, could be seen only a hundred feet from where she stood, and multiplied a hundredfold as her gaze took her towards the summit.

The Guardian of the Mountain had long, flowing yellow hair and translucent skin. She looked at the coin that was presented to her, a shimmering gold disk engraved with the image of a star within a sun.

Blinding light, a million suns, a thousand moons, a piercing pain like sharpened stones in her spine, blood in her eyes– and she was on the other side of the mountain, the Guardian gone.

Before her was a meadow as broad as the sea. A man stood under a summer tree. He held out his hand, and she ran to him. She buried her face in his shoulder. He smelled of leather and pine, of sunlight and twilight.

As they embraced, he stroked her hair with tenderness; he touched her cheek with his hand, pressed his lips to her neck, and asked, “Did you bring the money?”