They say growing older is an adventure, though who is “they”?

Today is my birthday and time to reflect blah blah blah… Nevermind, I had a great day and a fine feast and my brother drove up to surprise me— coming to the door just as I was cleaning the toilet. The roads were clear despite frigid weather, bitter winds, and a frozen lake. Only last week a dozen blindingly white swans were our companions, wondering whether to continue their journey south. This week they decided: yup.

But what was I doing cleaning the toilet on my birthday? That is a question for the ages and for aged, of which I am not; though someone tell my body.

Ursula Le Guin had this to say about old age:

I’ve lost faith in the saying “You’re only as old as you think you are,” ever since I got old.

I’ve known clear-headed, clear-hearted people in their nineties. They didn’t think they were young. The knew, with a patient, canny clarity, how old they were. If I’m ninety and believe I’m forty-five, I’m headed for a very bad time trying to get out of the bathtub.

I’ve never heard anybody over seventy say that you’re only as old as you think you are. Younger people say it to themselves or each other as an encouragement. When they say it to somebody who actually is old, they don’t realize how stupid it is, and how cruel it may be. At least there isn’t a poster of it.

But there is a poster of “Old age is not for sissies”.

Look at me, I snarl. I am a sissy. I always was. Who are you jocks to say old age isn’t for me?

Old age is for anybody who gets there. Warriors get old. Sissies get old. In fact it’s likely that more sissies than warriors get old. Old age is for the healthy, the strong, the tough, the intrepid, the sick, the weak, the cowardly, the incompetent. People who can run ten miles before breakfast and people who live in a wheelchair.

If you eat your sardines and leafy greens and SPF 150 and develop your abs and blabs or whatever they are in order to live a long life, that’s good, and maybe it will work. But the longer a life is, the more of it will be old age.

The compensations of getting old, such as they are, aren’t in the field of athletic prowess. I think that’s why the saying and the poster annoy me so much. They’re not only insulting to sissies, they’re beside the point.

I’d like a poster with two old people with stooped backs and time-worn faces sitting talking, deep, deep in conversation. And the slogan would be “Old Age Is Not for the Young.”

I thought of that passage from the book No Time to Spare today, on my birthday. I thought about how I treat old people, and how people may soon treat me. Then I got drunk. Happy birthday!

In keeping with Wednesday tradition, may I present a few of my favourite cartoons, the first of which is loosely connected to today’s prompt, “adventure”? 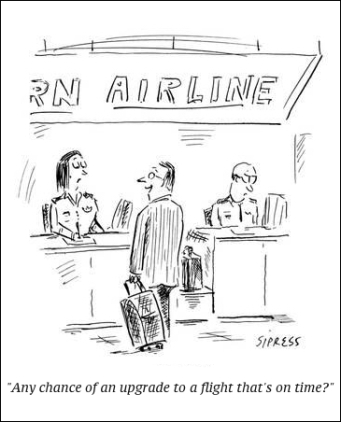 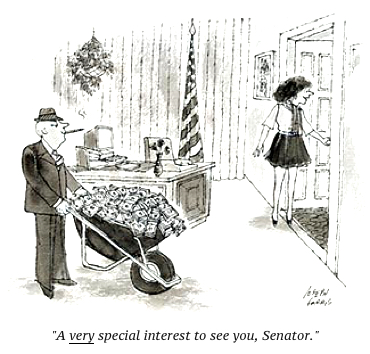 Now I’m off for a ten mile run!

One thought on “Adventure, Old Age, and Special Interests”