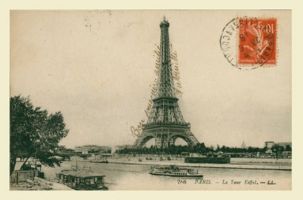 Hey! Just thought I’d shoot off a e-mail. Virg is so busy with her photo-shoots and so on that I’m a bit bored, oh well. Bored in London, Paris and so on (I forget our next stop)? Yes, well, you can only eat strange food so often. Museums were never my thing, really, and I like art but those places are so huge, you never really know where to begin. Remember the summer we spent in Paris and Rome with mom and dad? I remember bugger all about it except that place we went swimming, and they found a body in the water. Fun times. Anyway,  it did nothing but rain in London.

So we are in Paris now. She is doing a magazine shoot in “couture” clothes. Get this: they have to be sewn onto her. They are sequinned and embroidered and god knows what else, thousands of dollars, and they can’t put a zipper in? Then they have to “unsew” her, and when I offered to do it for them in under a second, they stared at me like I just farted. Virginia was peeved, but I say, what’s wrong with still finding your wife sexy?

Virginia wouldn’t let me pretend to be her manager at those shoots, I don’t know, because the agency was already there or something. I feel like a hanger-on, just lounging about drinking wine, eating pastries from the buffet, and drooling over my wife. You know, she is sometimes completely naked, in front of a bunch of people, during these shoots. So, I’m there.

Right now I’m at one of those sidewalk cafes with my laptop. Lots of folks with laptops. These are like upscale Starbucks, and all over Paris. Presumably they are good people-watching places, while you nurse a $15 coffee that is too strong. I ordered a beer about half an hour ago— still waiting.

Virg says you are getting back with Marcus again. He’s a good guy. But I can see where there might be problems. You should really talk to your little brother more about this shit, Envy. I know guys, and I know Marcus.

He is taking courses so he can come into a job at a higher level, you told Virg. What job? Does  he actually have a job lined up? When mom and pop were trying to instil values into us— remember that?— they had us out looking for jobs. Any job would do, the more menial the better. I lasted at Subway all of two days. How long did you last? Not that I wasn’t good at plopping sandwiches together— I’m pretty sure I was management material. But no, I wasn’t cut out for it. I’m still not. Anyway they didn’t find out I’d quit until a month and a half later. How do you know Marcus is really taking classes and will really get a job?

He wants to take more of an interest in finances, be more responsible etc. Really? Marcus? He is smart, don’t get me wrong, but his main attachment to money is spending it (in case you haven’t noticed). The more he knows about your finances, the better to manipulate you. Going to see you lawyers about wills and inheritance? Wow, I’m glad you trust Marcus this much. Maybe he has changed.

And well, Virg told me he has been straying. As one who likes women too, I can say it took me at least a year before I, um, lapsed with Virginia, because I’m crazy about her. Even now, I am not looking twice at the girl with the very straight blonde hair at the next table, who is smoking an American cigarette and blowing the smoke towards me, her mouth all pouty,  a come-on if I ever saw one. Anyway so Marcus has promised to be good. My advice sis? Don’t believe him— and don’t worry about it. He always comes back, right?

In other words, don’t believe a word he says. Sounds strange, coming from Marcus V.2 (me) but if anyone should know what he is up to, I should. So don’t believe him, but don’t hold it against him either. I don’t lie to Virginia, hardly ever, that’s where Marcus and I split ways. But if you love him and he makes you happy, what difference does it make?

Waiter, surly bastard, just put the beer down. It’s a small glass, Jesus. I should have ordered a pitcher. Virg will be here in a few minutes, that ought to wipe the sneer of the waiter’s face. She has that effect.

Thanks for the brotherly advice. You were the last person I would have asked, to be blunt, but I appreciate an “insider’s” viewpoint.

I don’t know why I don’t just boot Marcus out for good. I just like him, love him, or whatever, even when he’s a bit mean. My therapist (and yours— she asked where you’ve been) says I need to work on independence and self-esteem. No kidding.

While in Paris, get a personal tour of the Louvre. You avoid the lineups that way, and you can tell the guide exactly what you want to see (e.g. The Mona Lisa and so on). Did you pack the camera I gave you for Christmas? Take some shots. Don’t use your shitty cell phone camera. You once took a good pic, Cash, remember? The talent may be there.

Mom and dad would appreciate a postcard. Dad would like a European soccer-themed stamp.

P.S. Marcus and I are going on an Alaska cruise to try and mend things.