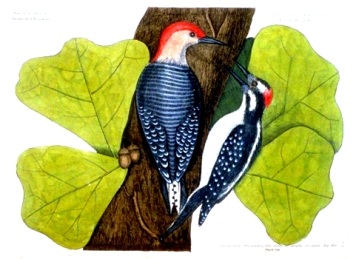 Well, it is confirmed. We overshot Mars. Someone miscalculated. Opposition was off and now we have a new destination. Oops.

First medical officer Rosa was crying about it. I felt little sympathy for her, because her tears demonstrated that all her chatter about Jonathan Livingston Seagull and her place in the universe and her oneness with the being that some call God, etc. was bullshit.

Since he was the first navigator, John had no time to ponder and went to work right away with course changes and trajectories. He didn’t like to ponder much, at the best of times.

First engineer Will was close to tears, because he probably knew better than anyone if this old bucket could make it to Beta Omega. Will had legendary eyelashes. As second engineer I had a good idea whether or not the craft could withstand the extra distance, too. Slim chance, I believed, but slim was better than none. I saw the cup half full, in other words, while Will saw it half empty.

As first communications officer, I had the charming task of telling the other four, whom I hadn’t seen in six weeks. Two of them, Chris and Haven, were scheduled to be rotated back to us, while Sara and Ed were going to welcome Rosa and Will. We did this rotation, ostensibly, to prevent the contempt of familiarity.

I went through the tunnel and rang the doorbell. We observed little courtesies like that on this journey. Chris opened the hatch, then reflexively checked his watch. “Hi,” I said. “Rotation is not until another three days.”

Chris got everyone together in the dining room, and I explained the change in plans, relying on technical terms and euphemisms to mask the nuclear-strength emotional bombshell. I was met with a stunned silence. Ed spoke first.

“Shut up, Ed,” said Chris. “What is the estimated time frame on this?”

“Two years til landing,” I said.

“No return,” Haven, mistress of the obvious, said.

Ed, supply and distribution officer, told us fuel, food, water, and oxygen would get us there. We already knew that. We thought about it constantly and checked on it compulsively, no matter what the destination.

Sara, first science officer, looking up from her laptop, told us that Beta Omega was a friendly, and the only one. It would be possible. Just. Good old Sara. Glass half full.

We all thought a moment about Nona, and how Chris would never set eyes on her again, nor his father or sisters. Nor Alice, his niece, or Chief, his chocolate lab.

We thought a moment about our families. I thought about the woodpecker, the stupid one that woke me early on weekends by hammering on the metal chimney spout.

Some of us thought about sex. I glanced at Chris. My choice for daddy of the millennia, for the first born on the first world, the inauspiciously named B-O. He had a soft spot for Sara. I might have to do something about that. 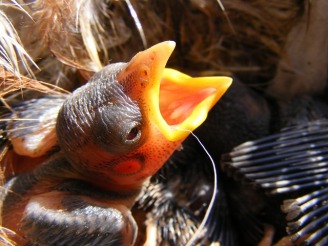 She was summoned to UNASA and so she dressed well, in case Christopher could see her. Sometimes they could, but other times, they told her, she was just a fuzzy blur. Well, she wore a red cardigan sweater over her dress, so that she would at least stand out: a bright red blur.

Katherine, her liason officer, picked her up at 9 pm for the 9:55 meeting. She was a lovely young woman; a scientist, like Christopher, like she, Angela, would have died to become, had she the opportunity.

A young woman in her day had a clear duty, which was to marry and bear a boatload of kids, which she did. She had loved her husband, and loved most of her six children, but their lives had become her life. There was little time for reading, or watching nature documentaries (Tim, Nicholas, and Helen loved the animal programs, but Angela felt there was too much mating and killing for the little ones), or thinking anything at all. It was all about making the budget work until the next paycheque, keeping the house clean and not smelling of dirty diapers, feeding and clothing the children, keeping them from setting themselves on fire, preparing enough food to keep her family healthy and alert, mediating the endless arguments and feuds, and pretending that she found sex with Joe as wonderful as she had when they were twenty-two.

Then suddenly she was a grandmother, and her brain as fuzzy as her image on the monitor would be for Christopher. She told no one, but once the kids were grown she did consider enrolling in college, maybe even work towards a degree. But who was she kidding? She could barely remember the day of the week, except that she watched two of the grandchildren on Tuesdays and the two others on Saturday. Her life revolved about Tuesdays and Saturdays, and in between she tended to her garden, baked bread and cupcakes for church, tried very hard to fend off the pain in her legs, and watched The National Geographic channel. She was hardly ready for college.

And now she would be, if all had gone well, a great-grandmother. To her dear Christopher’s child.

There would be no privacy when she saw Christopher, not like earlier in the mission. They were so distant that the broadcasts were short and out of sync; and the nature of the mission so significant that she and Christopher had no illusions of a cosy chat, ever again. She missed him more than she had ever revealed, even to him. He was the one who understood her, who talked to her like she had a brain, who asked her for advice and guidance, respected who she was and even what she had become. She didn’t begrudge his decision to leave her. She had the other grandchildren, and, to be honest, she might have left them all for an adventure like the one Christopher had embarked upon.

She settled into the sofa, which was still too soft, in a room with the other crew members’ families. They were a varied bunch, as one could expect, sharing nothing but having had a spouse, parent, or child flung into space. There was a large flat screen monitor on the wall. It crackled to life.

There they were. It had been almost a year since their last communication. The images were quite clear. Christopher looked well-fed, which was a relief, though extremely pale, as they all did. They rushed through their hellos, and updates about their lives and health, so they could present the baby.

Christopher held it. He was the first father of the first child ever born on Buck Owens, as the folks at UNASA jokingly called it. The mother stood beside them. Christopher held the child up to the camera, and it waved its arms and made spit bubbles.

Even in this isolated room, the family members could hear the roar that came out of the main communications pod. A cheer, a roar of joy and amazement, that a baby had been born so very far away, the beginning of a new colony, a new civilization. A fresh start, a miracle, a first citizen of a new world.

The mother said a few words, which were a little indistinct, and then Christopher announced the baby’s name.

Katherine, who had been leaning against the wall, came over to the sofa and put her hand on Nona’s shoulder.

Christopher smiled into the camera lens. That goofy smile that had so disarmed her when he was a child himself. He said something, but there was suddenly no sound. Angela knew there was nothing wrong with the monitor, or the broadcast. He was mouthing his childhood phrase, the one he said to her when he burst into the house after exploring the riverbed, or overturned rocks in the tall grass.

She held out two red arms in a gesture of thumbs-up, and hoped Christopher could see her.