Dammit and bloody hell! I know this is not a polite way to begin a post, but WordPress is giving me grief by trying to force me to switch to their “new” block editor despite my resistance, and I am currently writing in some kind of Frankenstein classic editor hybrid, which is random and fickle and well, dammit and bloody hell!

So how are you?

I like today’s prompt, since it gives me a platform to promote my belief that most of the world’s ills could be solved if we all of us had good manners. Good manners means putting others at ease while still maintaining dignity yourself—imagine if politicians took up the banner!

People might say, Excuse me, sir, you look hungry and cold. Let me do my best to ease your suffering, since I am warm and well fed and understand that I am part of the same community as you! Madam, you are going to bring a newborn child into our community? Let me help you gain access to the best care possible, since resources are abundant and should not be withheld! Child, you look neglected and confused. Perhaps a humane safety net and access to a fine education can prevent tragic consequences in our community down the road! May god bless you, whether you believe in god or not, I respect your choices!

Kindness matters with regard to monumental issues as well as with small gestures. Everyone take a deep breath— a healthy breath behind a mask if need be—and go forth and save the world with good manners!

Now here are a few of my favourite cartoons, very loosely related to today’s prompt, “etiquette”:

Blame WordPress if this post is a dammit bloody hell mess, and have a happy week!

Wednesday asked me to write to you, since Wednesday is struggling a bit with some difficult life circumstances but we both feel that cartoons need to rise above our personal challenges.

I think we are all experiencing our own individual psychic breaks during these times— or is it just me?

Funny thing is, where I live it is verdant and peaceful at the moment. Spring is lush and fresh. The people in my community are rational and caring, for the most part, and our government is dealing with this health crisis responsibly and armed with facts. We are safe, my family is safe. We see friends from a cordial distance, and we zoom with family.

But how can anyone not be distressed at witnessing the collapse of a society that was once a beacon of democracy (however flawed), a world leader and influencer, a country full of contradictions that were inspiring and bold and infuriating? I lived in the US for many years, I have an affinity for the place despite its fumbling tolerance of the intolerable. American people are nice.

I understand what prayer is now. Even in a godless world, it is a fervent hope for change. Hope, we are learning, is not quite enough. We need to act.

Without further ado, here are some cartoons that reflect my distress in the only way possible to cope—- with dark humour, but followed by an image of a cute baby animal, just for balance. 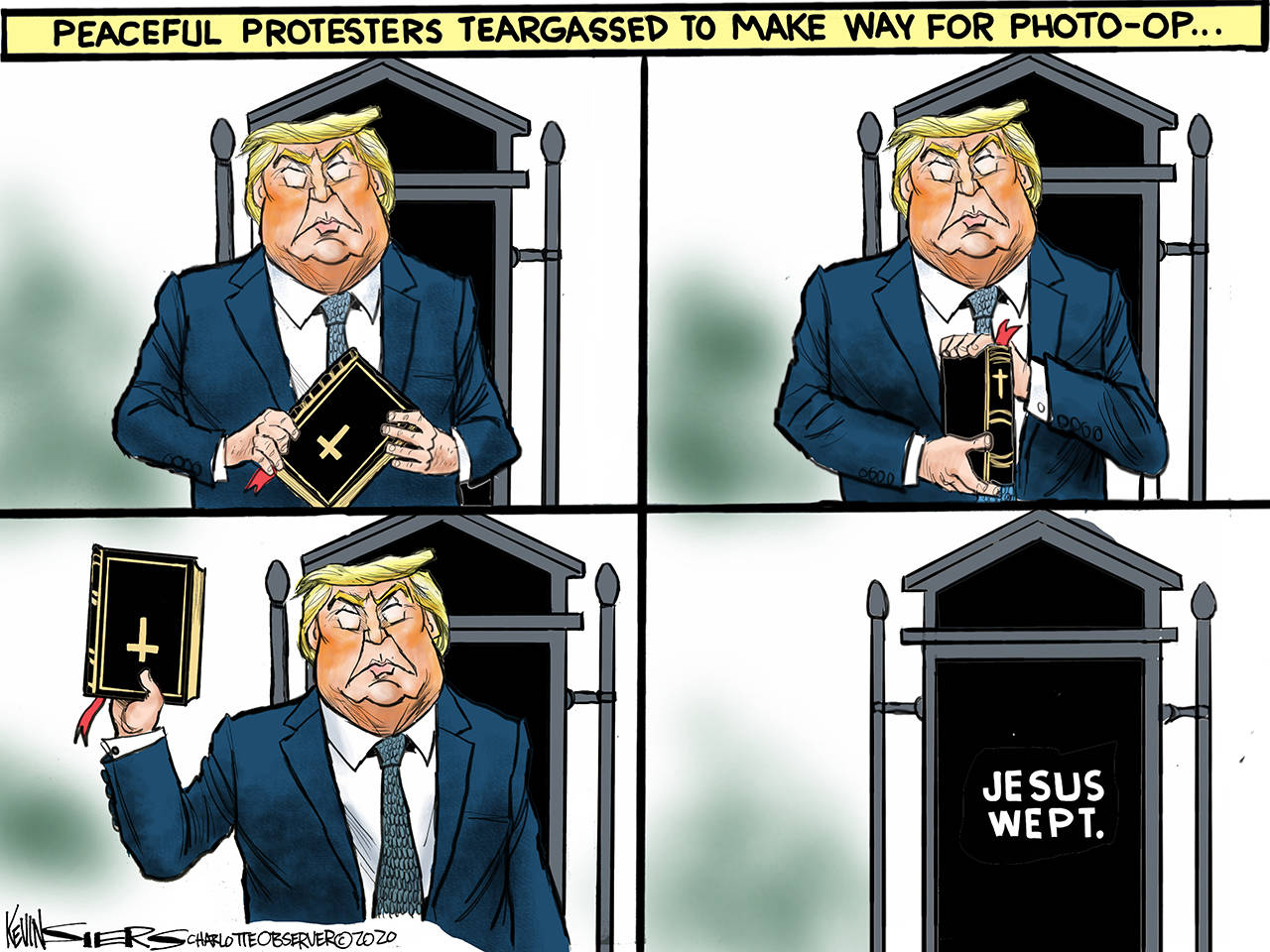 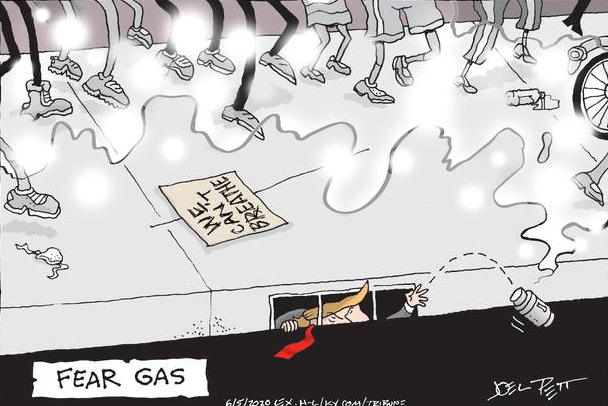 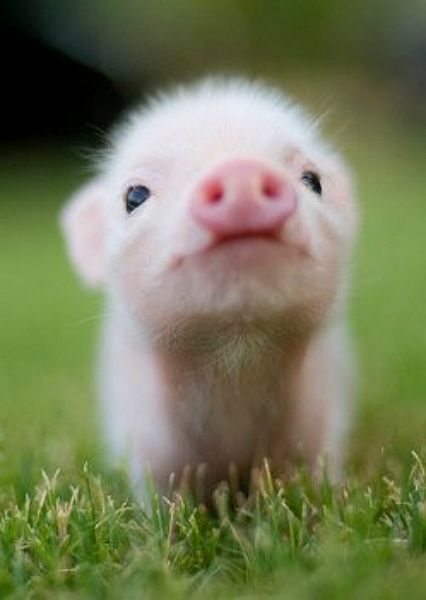 Today I pressed the pedestrian walk button at a busy intersection, just so the poor SUV waiting to make a left turn would not die while waiting. Was that an act of kindness? He thought so, and will go back to Texas with the impression that Canadians are kind and decent people.

Whatever we do, we represent. Whether we are white, First Nation, female, male, tall, short, Canadian, Mexican… how we behave reflects on others of the same tribe. Is that fair? No. So I pick and choose which tribes to represent and which I would rather not, and under which circumstances. I don’t care how my whiteness is interpreted— it’s too large a tribe with too many assholes. As a woman I can’t say I represent all feminists, just this one here tapping at her laptop. As a Canadian… well, I will forever help to the best of my ability any Texans who are driving around small town Canada.

May I now present a few of my favourite cartoons, the first one cynically relating to today’s self-prompt, kindness? 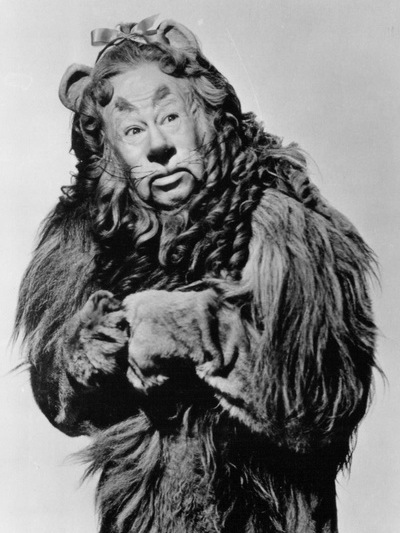 For many years, when Lily-Rose Roades watched The Wizard of Oz, she did not identify with Dorothy. She saw herself in the Cowardly Lion, the character who recognized his timidness and cowardice and sought courage from the Wizard in the Emerald City.

Lily-Rose never stood up for herself as a child. She let herself be bullied and abused. She felt rage and injustice and pain but did not fight back. She should have shouted at her father-impostor, or run away from home, or somehow been clever enough to make things right for her mother and herself.

But she never did. She was a coward. She failed. This knowledge was a large dead animal that she dragged behind her for nine years, until she met a teacher, or a teacher met her. A person who saw worth in a cowardly young girl past hope.

But what did the Wizard of Oz say to the Cowardly Lion?

As for you, my fine friend — you’re a victim of disorganized thinking. You are under the unfortunate delusion that simply because you run away from danger, you have no courage. You’re confusing courage with wisdom!

That’s what her teacher, the Wizard of Lily-Rose Roades’ life, told her. You did what you had to to survive. And you did survive. You are here now: smart, independent, and still brave in the face of a world that tries to tear you down. I know you. I know you are worthwhile, that you matter, and that you have a lot to give this world.

Lily-Rose didn’t watch The Wizard of Oz anymore. It reminded her too much of a time when she was vulnerable and in pain. She liked watching the trailers for it, with Dorothy setting off on her quest, so bright and full of hope and promise. She understood at last, thanks to a teacher, what that felt like.

She would never, ever underestimate the power of a kind word, faith, and humanity. It is good advice for everyone.