Have you ever made a speech at a funeral? I haven’t. I’ve lost my fear of speaking in front of small groups but there is no way I could pull myself together (and I’m not proud of this) and speak about someone I loved who had just died, without getting choked up, weepy, and unable to pay them proper respect. I did write the occasional eulogy which my older brother would then read. Are you, as a writer, asked to compose eulogies or newspaper notices?

In any case, may I present, in lieu of a selection of my favourite cartoons, the classic excerpt from the Mary Tyler Moore show, The Funeral of Chuckles the Clown.

And, ok, just one of my favourite cartoons, very tangentially related to today’s word prompt: 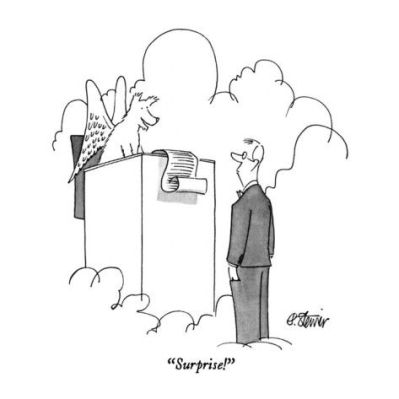 Abide with me,
Fast falls the eventide
The darkness deepens,
Lord, with me abide

Now that Jerry Plankton had become comfortable with the old pipe organ in the church, he preferred it for many of the hymns he was asked to play, like Abide with Me, a 19th century classic specifically requested for the funeral of Louisa Perez by her son, Dominic.

The score key was E flat major, which was not difficult, but Jerry couldn’t really hear while he played if the congregation was comfortable enough with the key to sing along. He played with great flourish, even though it was a solemn occasion deserving of calm respect. No one could really see him up in the organ loft, and he liked to move to the music as he played and pumped the pedals.

The mourners were few, despite the fact that Ms Perez, in her heyday, had been a very famous, exquisitely beautiful young Hispanic actress, with a television program that revolved about her fiery personality and expressive eyes. The series was broadcast in Spanish-speaking states throughout the world.

Yet there were perhaps a dozen people populating the polished, maplewood pews, scattered like random pebbles on a beach; silent, heads bowed, handkerchiefs brought to distraught faces.

Dominic sat alone in the front pew, staring at the coffin and the framed picture of his mother. It looked like a publicity photo from the television studio under which she was contracted. Black and white, but showing a woman full of life and sparkle. Red roses billowed and cascaded down the coffin.

Partway through the service, two young men came and sat behind Dominic. One came from the back of the church, the other from across the aisle. They met, quietly acknowledged on another, then after each silently greeted him with a brief hand on his shoulder, they took their seats.

Jerry wondered if the service was comforting to the boy. It had never been the kind of service that comforted Jerry, but then Jerry thought everything Father Hector said was a lie, and that the hymns were full of false hope and deception.

He knew Dominic had no money for the casket or flowers or sandwiches, and that Father Hector had discreetly petitioned some of the regular congregation for support. Jerry chipped in twenty dollars. He knew what it was like to lose someone, and feel like the loss was the end of your own life.

When other helpers
Fail and comforts flee
Help of the helpless,
O abide with me

After the service, Jerry did something he had never done before. He made his way down to the main floor, where mourners were migrating towards the staircase leading down to the modest reception. He joined the silent procession.

He spoke to Dominic, shook his hand. He spoke to the two young men who had moved to be near him. One was named Dennis, who said he was an old friend of the family, the other was Xavier, who didn’t know the family personally, but loved and admired Louisa Perez, who was on the television screen every day when he was a small child. Both lads seemed nice enough.

Jerry Plankton ate half an egg sandwich, and passed potato chips to young Xavier, who looked of an age when no amount of food was enough.

When Dominic suddenly looked so frail that he might faint, Jerry alerted Sister Bernice, who went to his side and took him in her arms; what Jerry called the big nun hug. He remembered those from his youth, along with the nun discipline, which was less welcome.

When the sandwiches and potato chips and peanut butter cookies were gone, Dominic and everyone else slowly drifted away. Jerry stayed to help clean up.

Sister Bernice washed the sturdy white serving platters and the coffee mugs, while Jerry dried and put each away in a cupboard in the church kitchen.   “Nice of you to come downstairs,” she said. “And unlike you.”

“He seemed a nice young man,” said Jerry. “Such a loss for the boy, you know? But so few people to share the grief.” Unsaid: When God fails, who will be present to provide comfort; if not me, who?

“And you know what that feels like,” said Sister Bernice.