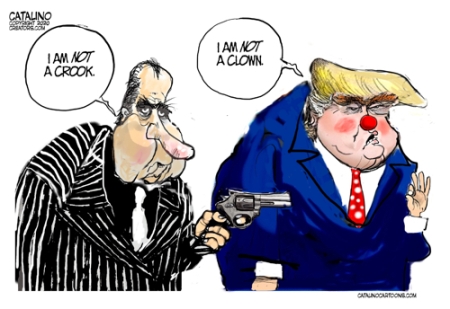 Well, the impeachment “trial” is over, conducted without evidence or witnesses, presided over by a corrupt senate. Poor America. The very worst aspect of the spectacle was that the outcome was predetermined; second worst part was the lack of any defence— Trump’s collaborators attacked everything but the evidence. Third was the humiliating position of the Supreme Court Justice who oversaw a massive joke trial without comment or action.

Naturally, this pretty much gives an already smug and remorseless president carte blanche.

And disgraces the Senate.

But I still have faith in the American people, if they can overcome the obstacles in the path of a free and fair election.