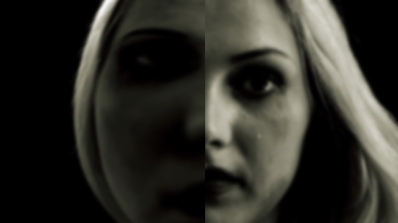 Leep awoke, feeling too hot. He’d had that dream again. The too hot dream.

It was more a memory than a dream because Leep did remember it, it was real, that sharp fragment from a life he had mostly forgotten. But he couldn’t understand why it played on a loop in his dreams, over and over.

He was a boy, sitting on a chair behind a floor to ceiling plastic curtain. The curtain was white with a pattern of solid red circles struck through by solid red lines. The pattern made Leep uneasy— it felt unfinished, wrong, hostile, and it was all he had to look at.

But the coffee finished percolating. He heard the silence. So he stood, pulled the curtain aside and went to the counter where he unplugged the pot.

A woman sat at a formica-topped table. The table was edged with shiny, ridged chrome, and the pattern on the top was sky blue with white starbursts. She wore a starched white dress with sensible white shoes, badly scuffed and starting to wear at the heel.

The pot was heavy for a boy, but Leep was careful. He poured steaming coffee into the white porcelain cup set before the woman. She took a sip.

And Leep awakened in the dark. He got out of bed, took his gun out of the side table drawer, and went into the hallway. He put his navy blue nylon jacket with the hood over his black pyjamas, pulled on his boots, and stuffed a dark woollen scarf into a pocket.

And he walked, in that perfect deep abandoned silence, through streets and alleyways and across parks, until his legs ached and he found himself in the parking lot of the hospital. He wrapped the scarf around his mouth and nose so only his eyes showed, and waited until a lone nurse, in a pink pantsuit with navy blue piping, emerged from the glowing light of the hospital’s east entrance and approached the row of parked cars.

He crept out from the shadows as she reached into her handbag for the keys to her car, a grey Toyota.

She was in her forties, plump, with frizzy ash blonde hair. She was Theresa, Anthony’s daughter, and Leep had helped her get her father home one day when he’d passed out on the bus stop bench. He hadn’t known she was a nurse.

She looked startled, but they all did.

Leep took the gun out of his pocket and pointed it at her. “No,” he said. What was he going to say? “Hey, how’s the old man?”

She had forty-five dollars in her wallet, and in the clear plastic slot for a driver’s licence she instead had a picture of a boy, about twelve years old, staring out from under a red baseball cap.

Leep threw the wallet as hard as he could, towards the hospital entrance.

When Theresa turned, Leep ran. He took the back alleys, crossed parks now damp with dew, through shadows of dim unlit streets until he reached his house.

He felt sweat trickle down his torso and prick the back of his neck.