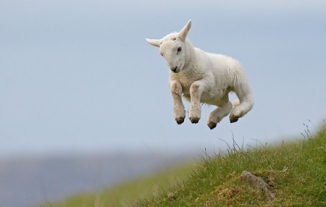 “I almost didn’t recognize Sandy and Ron with their clothes on,” Jerry Plankton said to his neighbour, Lily Rose Roades. They were sipping on weak Harvey Wallbangers, served from a massive punch bowl, at what Jerry would call a soirée— an evening gathering of friends, with drinks and snacks. It looked like everyone brought a little something. Lily Rose, the host, had laid out the offerings on the white linen tableclothed dining table. Sausage rolls, raw vegetable platters, and odd little tortilla pinwheels filled with strange ingredients, like peanut butter and bacon, were set out side by side with potato chips and toasted almonds.

The kitchen, dining room and living room were basically all one room, which made entertaining easy, unless you were a guest who liked to lurk and hide. As far as Jerry could tell, there were no lurkers at this little party, except perhaps the dog.

Lily Rose told him she’d invited some fellow teachers, neighbours, people from her Wednesday night Aikido class, a few from the volunteer community garden, and her physiotherapist, Adam, who’d become a close friend.

“This punch is nice,” said Jerry. “But needs an extra hit of vodka.”

“There is some in the cupboard over the fridge,” said Lily Rose with a smile. “It’s not like you have to drive.”

Jerry made his way to the kitchen, where Lily Rose’s neighbour on the other side was at the sink running water into a metal bowl, presumably for the golden retriever that stood nearby, grinning a dog grin, and undoubtedly thirsty. Who brought a dog to a soirée?

“Who brings a dog to a party?” Jerry said to his neighbour, Bernard. He hated to embody the cliché of an old and cantankerous man, but seriously, a dog?

“She’s more than a dog,” said Bernard. He took the bowl of water and put it in the front hallway, where no doubt it would be spilled all over the terracotta tile by a departing guest.

Sandy and Ron hovered near the dining table, with tumblers of frizzling club soda with a wedge of lime, looking not so much out of place as awkwardly overdressed. Sandy wore a sleeveless frock that resembled a nightgown, loose and comfortable, and Ron wore a pair of Bermuda shorts and a t-shirt which displayed a silhouette of a gambolling baby sheep with the caption: “What kind of asshole eats a lamb?”

“Vegetarian, are we?” asked Jerry, emboldened by the extra splash of vodka in his punch.

“Vegan, actually,” said Sandy. “We are teetotal too, very boring.”

“Not so boring,” said Jerry. “You don’t usually wear clothes.”

“True,” said Ron. “We prefer a natural life, and you are welcome to join us and appreciate our natural state at any time, in our home or in the privacy of our garden.”

“Thank you,” said Jerry. He noticed Lily Rose was now chatting with Adam, the physiotherapist, who was obviously flattering her, since she was clearly blushing. “How did you become, um, nudists? What was the process?”

“My fault,” said Sandy. “We were both consumers, like you…” (Jerry decided to ignore this remark.) “We got kind of big and flabby and unhealthy, so I organized a naturist camp holiday. Well now, we could go all dimply and droopy, or we could get in shape.”

“Oh yes,” said Sandy. “And it was wonderful, very motivational. We dropped masses of lard on the vegan diet, and took to walking two miles a day, and were quite fit by the time we turned up at the nudist camp.”

“And you decided to stick with it?”

“Oh yes,” Ron said. “Felt so good, felt like rebirth. Best thing we ever did. Life-changing. Never been so god-damn happy. By the way, do you eat lamb?”

Jerry could see the dog in the hallway, sitting quietly by the water dish. Bernard was in the kitchen, eating cubes of orange cheese stuck with toothpicks, drinking a beer, and talking with a group of young teachers.

Jerry picked up a plate heaped with carrot sticks and cherry tomatoes, with a green dip placed in the middle. He held it out to Sandy and Ron.