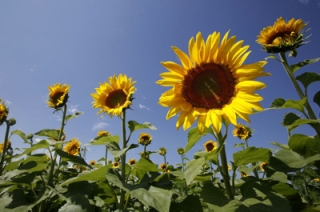 My name is Anna Loge. I am an historian.

Not really, I’m just a high school student. But I reside in the past, and am very, very curious about how people live in the future, especially people my age. Perhaps you are curious about a regular day in my life? Come on, let’s have a look…

My alarm clock goes for school, and I ignore it, so my mother has to keep calling and calling up the stairs to get me out of bed. Seems I need 12 hours of sleep a night or something. I get dressed— for school we have to dress as if we were going to work at an office, so that means no jeans or t-shirts or even trousers, for the girls. So I dress in a skirt and sweater, and pantyhose, since we aren’t allowed to have bare legs, either.

I have some cereal for breakfast at the kitchen table, while my mother fusses around getting lunches ready. She’s finally conceded, after all these years, that a semi-grown person like myself can have sugared cereal, which I have craved. So I eat a bowl of Capt’n Crunch. The bits are so hard and sharp and sweet that they almost make my gums bleed.

My mother has also conceded that none of us will ever, ever drink powdered milk, no matter how much money it saves, because it simply tastes horrible. So regular, homo milk it is.

I’m late as usual, so I have to run-walk to school on my own, which is about a mile away, carrying my books, lunch, and stuff, and arrive to homeroom class breathless. We say a prayer and one of the homeroom students presents a bible reading. No, we are not a religious school. That’s just how we start the day.

School— I don’t think it ever changes. Does it? Mostly it is a bore.

Teachers talk, they write things in white chalk on a blackboard, which is actually green, and they erase it with a felt brush, which merely smears the chalk dust around the board until it is a foggy mess. I write down some of it, or not, and doodle, and watch the clock.

I have a spiral-bound notebook for almost every class, and a textbook which is provided by the school. These books are recycled to a new class ever year, so we are not allowed to scribble in them, but they give us a craft paper dust cover, which we can doodle on all we want. I have a zippered pencil case, which holds a few pens and pencils, an eraser, a ruler, and a compass. I have probably used the compass once in my entire life, but there you go.

At lunch in the cafeteria I sit with a couple of friends and eat whatever my mother has made. Cheese sandwich, tuna sandwich, peanut butter and jam sandwich, whatever, and avoid the fruit. I usually eat two chocolate long john donuts instead. It’s noisy in the cafeteria and it smells like boiled potatoes. I’ve never had the hot lunch that is offered (for a fee, like any other caf); don’t think I would like it unless they served fries.

For phys-ed the gym strip is navy blue shorts and a white t-shirt. Most of us hate P.E. because we never have time to shower properly after the class, even if we’ve been running around for 40 minutes. Sometimes I turn up at the next class with wet hair.

My math teacher is new, and very enthusiastic, so his class is not boring, even though I have no idea what he is talking about. Calculus, or algebra, or trigonometry, or ? My friend and I illicitly share work in class. Both of us are hopeless, though. He always assigns homework from the textbook. Solve ten “problems”. I have a problem with problems.

I have a detention after school, because of loitering. Yes, loitering in the hallway of my own school. The principal discourages gatherings since he is a suspicious old coot. Detention takes place in a class room: you just sit there for half an hour.

So I walk home on my own, loaded down with textbooks and notebooks. Yesterday after school it rained— it was thrashing down— and just as I was putting up my umbrella, I spotted my dad’s car waiting all by itself at the curb. He’d got home from work early.

I stop at a corner store half-way to get a drink. There is a big metal cooler, and under the lid are bottles of pop, up to their midriffs in cold, sometimes iced water. I pull out an orange crush.

I walk the rest of the way home, sipping the pop with a straw. It takes another 15 or 20 minutes. It gets boring taking the same route, day after day, so I let my mind wander.

Once home I make a sandwich and go up to my bedroom and listen to a few records on the portable player, which is in a pink and grey faux leather case, write a bit in my diary, then I head over to my girlfriend’s house. She just lives across the street.

We look over a dirty novel she found in her parents’ beside table. We go outside and work on a garden we are making, just for the heck of it. We planted strawberries, raspberry canes, and sunflowers. We walk a couple of blocks to a grocery store to get a quart of milk and a pack of cigarettes for her mother.

I have to peel potatoes for dinner, a beef stew that I don’t much like. We sit at the kitchen table, my brothers across from me. My mother tries to make conversation, while my father gets frustrated with our bickering. We have fruit salad out of a can for dessert, coveting the rare and delicious red cherry halves.

I dry the dishes, since it’s my turn, then go do homework for half an hour at a little desk in my bedroom. I tell my parents I’m done (not quite, but will finish in homeroom tomorrow), and watch some TV with them and my brothers. My mother doesn’t bother much with television, and reads a book. We argue about who has to get up and change the channel. The top of the television is warm so the cat curls up and sleeps there. I ask my mother when we’ll get a colour TV  and my dad says, When hell freezes over. The people I babysit for once-a-week have a colour TV, and I think it’s cool.

My across-the-street friend calls, and I talk on the phone with her for half an hour, no longer because my father reminds me that we have a party line, for god’s sake, and they might like to use the phone sometime. The phone is a black wall phone with a dial, pretty well open to the kitchen and living room, so I stretch the cord as far as it will go so I can sit just around the corner at the foot of the stairs.

My mother asks what on earth we talk about, since I just saw her. I don’t know what we talk about really. We just chatter and gossip.

When I go to bed I read a book I took out of the library. It is a mystery whose teenage heroes ride around town on motor scooters.

Not really an extraordinary day, but not too bad, really. If you are a teenager, was your day much the same?