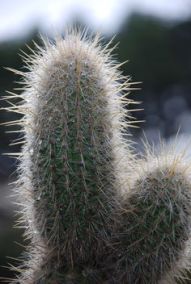 “While I disagree with you, I defend your right to express your opinion,” said Graham, and took a small sip from his glass of Merlot. “But you are wrong.”

“Thank you,” said Envy, and behind her sunglasses she rolled her eyes so hard it almost gave her a headache. She took a large sip from her glass of iced Sauvignon Blanc. The restaurant patio looked out upon acres of terraced vineyards, and was surrounded by grape vine trellises, and featured an extensive local wine list, and could not be more grape-y if it tried.

She didn’t want to argue with Graham any more. He considered discussions a cerebral exercise. He had no real opinions, except those that, for fun, opposed hers. This winery tour weekend had turned into an eye-roll extravaganza for Envy, who realized her radar for tolerable human beings was definitely rusted out.

He was adorable though, on first meeting. Very blond and thin, with mediterranean blue eyes behind large dark framed glasses, and a piquant comment to make on each of the pictures in the gallery on opening night. Envy was impressed, especially that the exhibit she had curated was so thoughtfully critiqued by such a charming person. Naively, as it turned out.

“While it is aesthetically resilient,” Graham said about Cena Navidad, “it is less a revival of a past tradition than, say, an act of meditation.”

“Do you really think so?” she asked him, tilting her head as she gazed at the print, as if that would facilitate some kind of revelation.

“Don’t you?” asked Graham, and took a small sip of his glass of Merlot.

Later on, he made love to her with a precision that was admirable, though may have been more a reflection of her need than his skill. And when he invited her on a weekend of wine touring and other decadence, she looked forward to a fascinating, and very satisfying, two days.

A winery tour was a decidedly unfortunate idea, not for Graham, who revelled in the private tastings and the opportunity to express detailed opinions, but for Envy, who had to listen to them.

Lightly smacking his lips (which also grew into an intolerable mannerism) after tasting, Graham declared the 2014 unoaked Chardonnay from one winery to be “parochially lean and sharply melancholy”. Envy was too melancholy to make love that night.

He found that a pleasant (to Envy) 2010 Merlot possessed “creamy tang overtones with a flippant cactus perfume too narcissistic for everyday consumption”. Envy was too prickly to sleep with Graham that night.

And on this, their last lunch in the valley before the drive home, he disagreed that he was an “over-dry, overrated white, with distinctly sour pickle notes and a uniformly weak finish.”

The drive back was scenic, past the crystal lakes, the dry hills turning into mountains, but inside the car it was quiet. Almost melancholy.