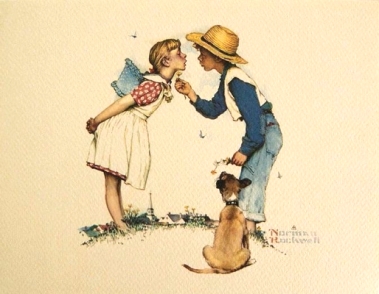 Prompt: Unpopular
Tell us about a time when you had to choose between two options, and you picked the unpopular choice.

I am not fourteen years old, but still.

I can’t remember ever being faced with two options, and picking the unpopular one.

If I had said yes to a date with the unpopular guy, as opposed to saying no, would that count? But I didn’t. Oh, wait, I did, once, but it was, ironically, actually the popular choice. Everyone was rooting for the poor guy, so I said yes. But adolescent dating isn’t what this question is about. Is it?

I can remember other people making unpopular decisions. A man who refused to cooperate in the sacrifice of a co-worker, and stood by him until his reinstatement. That was courageous, as he could have lost his own job. Would I have done that?

So, I don’t recall making unpopular choices, and that must be a terrible thing— but I also don’t remember situations wherein I had to decide between two options, and consciously picked the popular one. I have, it seems, grown up in a magical land where my sincere choices were always the popular ones. How can that be?

I barely remember having the unpopular opinion, except in passing. I don’t think sitting at dinner with a bunch of conservative bankers, say, and defending universal health care constitutes picking the unpopular choice. I felt safe in speaking up. Would I have said anything if my opinion could harm me or someone else, even marginally?

Is the unpopular choice the same as the courageous one?

We need to choose our battles. We have to consider all relevant points when we make decisions, including whether or not we are influenced by popular opinion at the expense of our personal integrity.

Thanks, Daily Prompts, for the reminder.

And thanks, Goddess, for allowing me to grow up in a magical land.